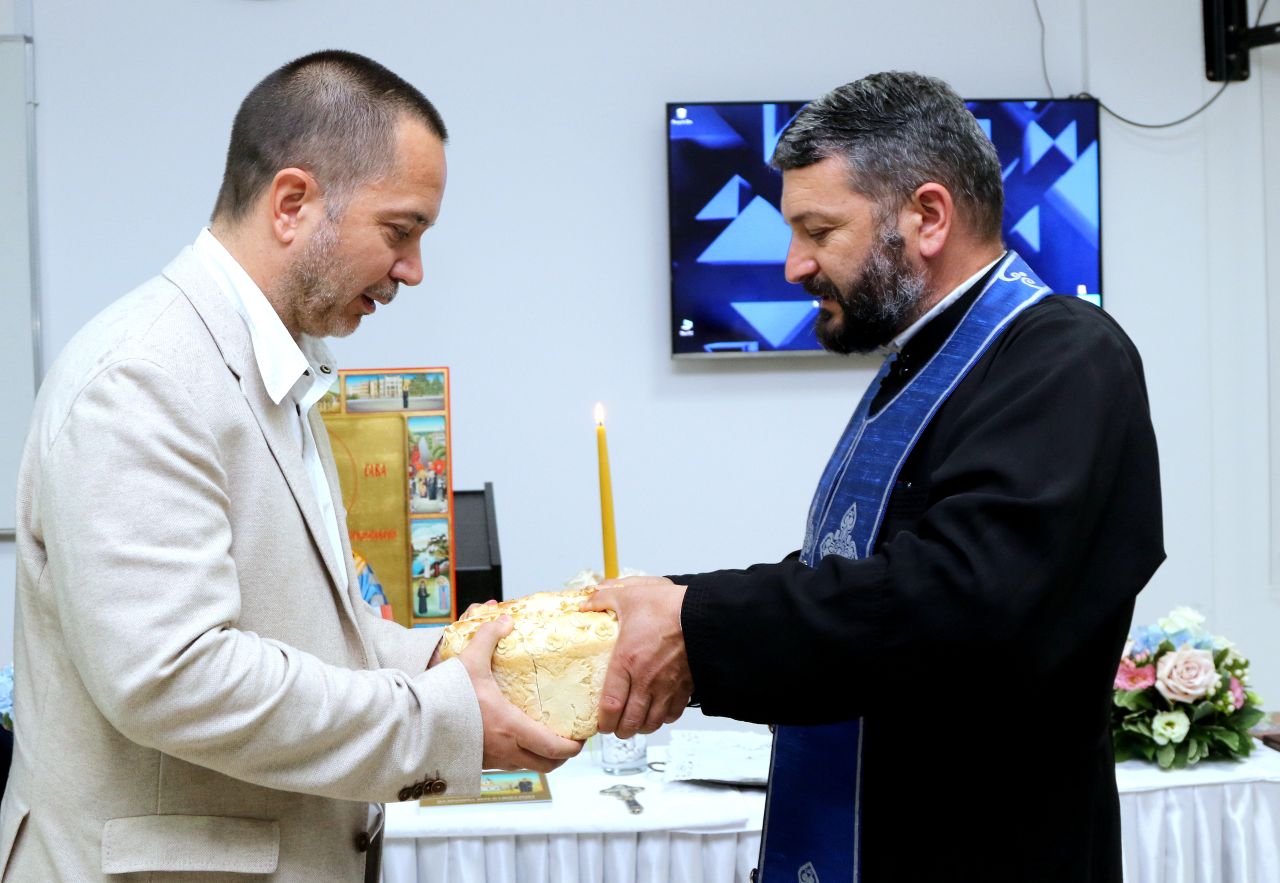 On July 17, 2020, while applying all safety measures and restrictions in terms of the number of people allowed to be present simultaneously in an enclosed space, there was a ceremony marking the establishment of a new festivity at the University Business Academy. Namely, following the decision of the University Rector, prof. Marko Carić, our University - from now on – will have St. Sava of Gornji Karlovac as its Patron Saint.

On this solemn occasion, Proto-priest Stavrophor Jovan Silaški spoke about his latest edition of the monograph "Na braniku vere i svog roda” (eng. transl.: “Standing on the line of defense for my faith and my people") – describing the life and suffering of the saint and martyr Sava. The author wrote the mentioned monograph with extreme pleasure, upon the suggestion of prof. Borislav Grozdić, and the book has been published by the Faculty of Law for Commerce and Judiciary in Novi Sad.

The life and work of the saint and martyr Sava teach us that the pursuit of knowledge and faith do not exclude one another. Parallel to his serving in the church, the priest and martyr Sava studied and graduated from the Faculty of Law in Belgrade and even passed the exam for judges at the Faculty of Law, University of Zagreb. “The establishment of Patron Saint’s Day at the University Business Academy in Novi Sad is a sign of extending the deeply rooted cultural heritage and tradition of our people, but even more importantly - shows the awareness and need for spiritual patronage of those who teach and those being taught at this institution" – as has been pointed out by the University Rector, prof. Marko Carić.

The icon of St. Sava of Gornji Karlovac has been placed in the Ceremonial Hall of the University. It has been made in the iconography workshop of the monastery, the Resurrection of Christ - the Holy Empress Theodora, who was the patron saint of icons, while the miniatures surrounding the icon are the work of Vladimir Ćetković.

During the ceremony, the ensemble known as “Srbski Pravoslavni Pojci” (Serbian Orthodox singers), from Belgrade, performed a cappella and thus contributed to the ceremony with beautiful spiritual, national, ethno and traditional urban folk songs.