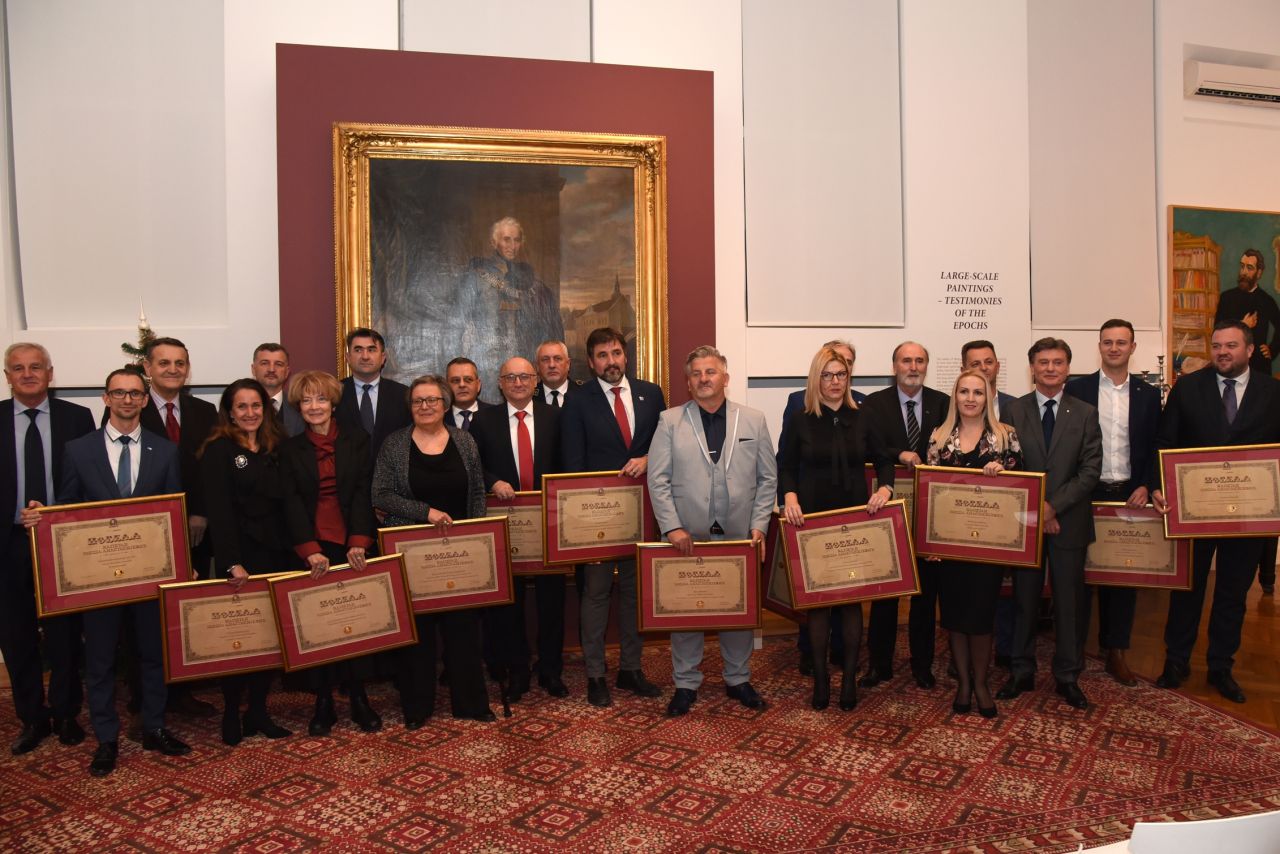 The most successful individuals, entrepreneurs and institutions that have contributed to the promotion of economic and social creativity were awarded special awards called “Captain Miša Anastasijević“ on December 18, 2019 in the Gallery of Matica Srpska.

The “Captain Miša Anastasijević“ Award is part of the project called “The Road to the Top“, developed in 2000 by Media Invent in collaboration with The University of Novi Sad, The University of Belgrade and the Serbian Chamber of Commerce, and is awarded each year for outstanding contributions in science, education, culture and entrepreneurship.

For the territory of Vojvodina, 19 distinguished and most successful members of society have been selected and awarded. This special award consists of a plaque and a gold coin with the image of a great Serbian merchant and benefactor from the 19th century, the so-called Danube captain, Miša Anastasijević. The gold coin is a work of art by a renowned academic sculptor from Belgrade, Ljubiša Mančić.